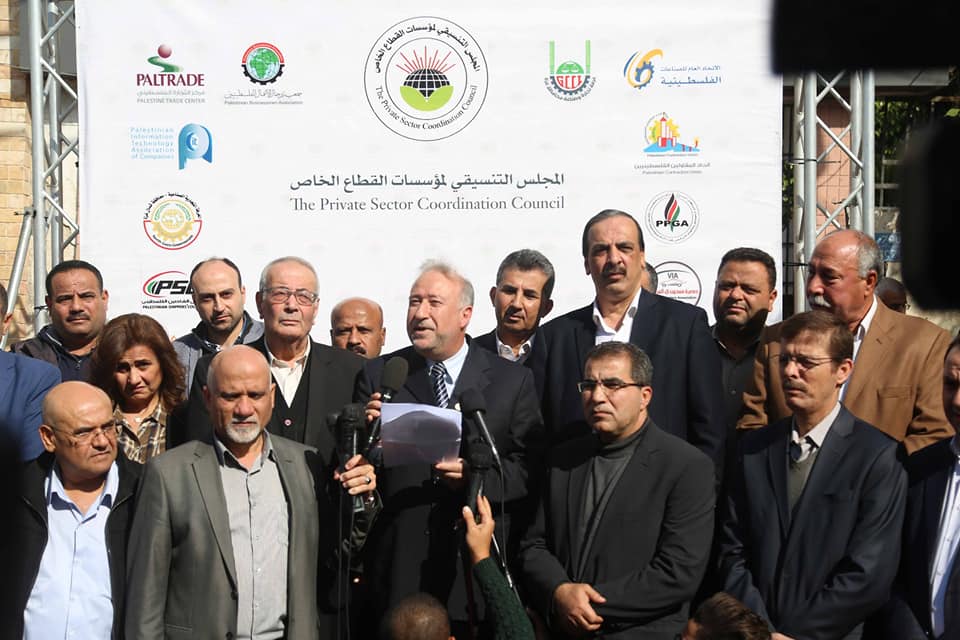 Gaza : The Coordination Council for Private Sector Institutions in the Gaza Strip called  on t he  government  of  Hamadullah  to  implement emergency economic and social development programs to save the collapsed economy in Gaza and to create jobs for graduates and the unemployed. (GRM) for its failure to include the requirements of the reconstruction process.

You came to a press conference held by the Council yesterday at the headquarters of the Association of Businessmen in Gaza.
“This appeal comes from the unity of blood, brotherhood and destiny coinciding with the 14th anniversary of the martyrdom of Yasser Arafat,” said Nahed Eid, member of the crisis management cell of the council and deputy chairman of the Palestinian Information Systems Association.
In a statement issued during the conference, the Council called for the integration of the cadres in Gaza according to the October 2017 agreements and the full payment of salaries of the employees in the Gaza Strip governorates according to the signed agreement.
The Council stressed the importance of the immediate unification of all laws and regulations and the integration of the management of all ministries. The Council urged the Government of Al-Hamadullah to hold its next meeting in Gaza and to prepare for the start of municipal elections after 3 months and then legislative and presidential elections within a period not exceeding 6 months .
He also called for the formation of specialized committees under the auspices of the Egyptian side and the Arab International University to end all contentious issues ending their work within three months, including the subjects of the security services, the judiciary and the land authority.
It should be noted that the Coordination Council of private sector institutions announced earlier this month to form a crisis cell consisting of five members. He said at the time that it would be the highest hand to face the crises and problems aggravated by the private sector because of the siege and division according to a strategy that rejects the policy of marginalization and exclusion from all parties.